D. Owen - "I found Julian via the internet. He was fantastic from the very start. He designed a totally modern look for me and I have been absolutely delighted with the result." 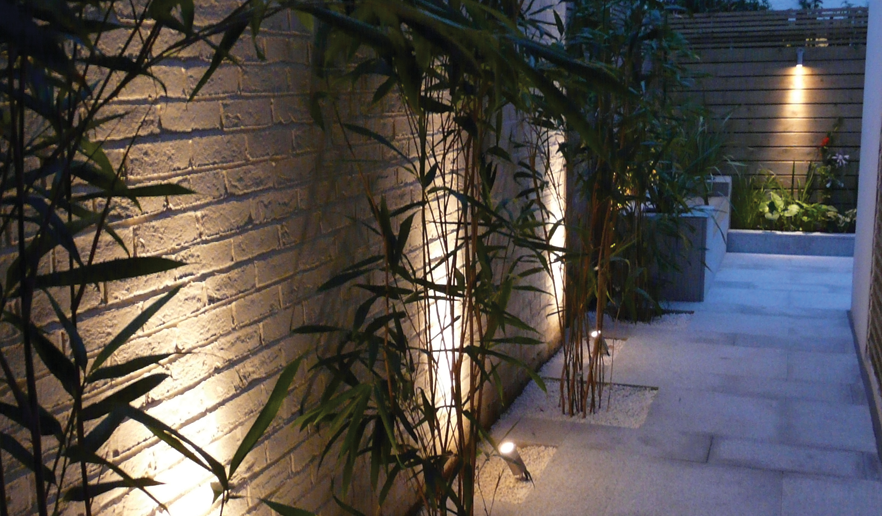 My small patio garden was hopelessly overgrown and in dire need of a makeover! I found Julian via the internet. He was fantastic from the very start. He designed a totally modern look for me and I have been absolutely delighted with the result. Although he consulted me about everything along the way, all the ideas have been his, from the lovely light stone and type of lighting down to plant selection. In addition to that, Julian has been extremely reliable, patient, tidy and someone I could totally trust in all respects. He was highly professional throughout and I would have no hesitation in recommending him to anyone

This was quite a challenging project mostly due to the sheer lack of space. The gardens in this particular area of Clapham are small and in most cases the houses have been split into 2 or 3 flats. As a result, the ground floor flats generally have extensions on the back, further reducing an already cramped garden area and the buildings are also quite tall, which makes the side returns dark and alley like. The garden itself was full of overgrown shrubs and rampant climbing plants, which only added to the claustrophobic nature of the space. The existing Larch lap fences were shredded by Ivy and barely standing.

The basic design brief was to build a new paved garden with a contemporary feel that would maximize the limited space. There needed to be enough room for the clients’ table and chairs, sun loungers and barbecue, whilst still providing enough space to provide some compact planting beds. The side return was approximately half of the entire garden and so it was particularly important to utilize this lost area and try and make it as visually interesting as possible, from both inside the flat and from the garden itself.

I suggested to the client to use Arctic Grey granite because it has precisely cut, sawn edges and a perfectly flat surface, which really lends itself to a contemporary look, but also because of the way it creates light and space. When dry the paving has a white appearance, which sparkles brightly in sunlight due to the quartz in its composition. This makes the space feel much larger and amplifies all of the natural light it receives. The stone is actually made from three colours, white quartz, plus black and grey. When the paving is wet it has a gunmetal grey appearance, which looks very stylish and yet still sparkles in direct sunlight.

The stone completely transformed the side return, making it feel much wider and brighter, giving us enough room to install up-lit specimen bamboos along one side of the side return, which has created a feature alternative entrance to the main garden from the client’s bedroom. We also used the granite to clad the built in planter bench and beds (which were constructed from concrete blocks) to unify the built up structures.

The new fences were created from horizontally secured, smooth profile 150mm wide Redwood decking planks. This style of horizontal Venetian fencing gives the illusion of width to the garden by spreading out the vista from left to right, but it also adds a good contemporary feel to the new boundary line. The top of the fence is finished with 7 lines of 32mm wide Redwood batons. Whist this forms an interesting design detail and creates a delicate finish to the fence, it also reinforces the 7:1 ratio between the boards and the batons employed in its construction.

The garden lighting uses two different lamp models with stainless steel chassis; directional spike spots which were placed in the ground to up light the space in between the bamboos along the side return and behind the planter bench; and directional wall mounted units to down light the fence, planting and planter bench itself.

Bamboos and Phormiums provide the evergreen structure to the planting with a selection of Crocosmias, Agapanthus, Iris, Zantedeschias, Hostas and grasses that will give a continual bloom from April to September. Two Passion flowers will quickly climb the fence creating more structural height and texture to the fencing itself.

All in all a very successful design and build, which has fulfilled both the clients’ requirements for their garden and the basic design criteria for a contemporary space by limiting the construction pallet to just three materials; wood, granite and stainless steel.