A Garden in Tooting, SW17 London

A. Awad - "Dealing with Julian was a breath of fresh air from the usual stream of questionable traders around. First and foremost Julian is punctual, courteous and inspires the confidence of a true professional." 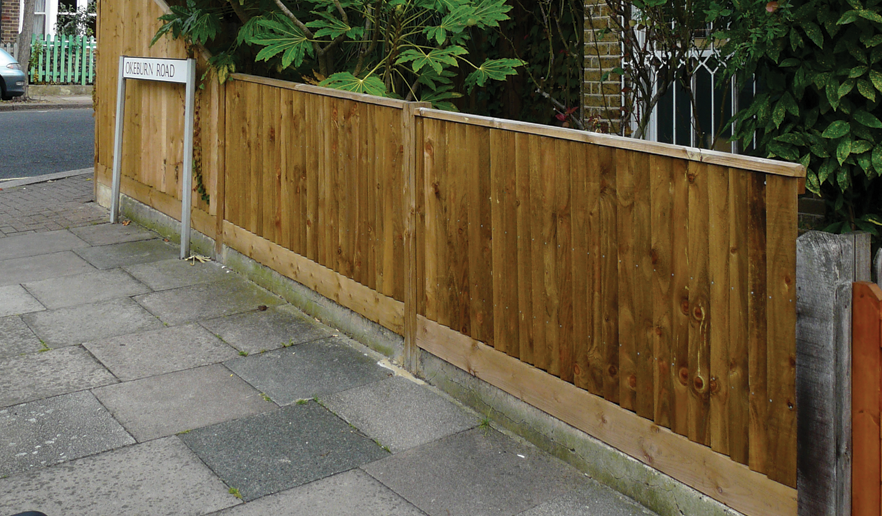 Julian recently replaced our garden fence which goes all the way round our end of terrace corner house.

Dealing with Julian was a breath of fresh air from the usual stream of questionable traders around. First and foremost Julian is punctual, courteous and inspires the confidence of a true professional. He knows his trade and he does what he says.

The fence is exactly what we asked for and we are delighted with the quality of the work and the fact it was completed on time and within the budget agreed. We have absolutely no hesitation in recommending Julian to anyone. He’s very much ‘old school’ and that is a rare quality these days.

This was a fairly straightforward project, replacing a 16m run of fencing, which had been knocked down by a car that had lost control. However it does perfectly demonstrate the flexibility of feather edge fencing.

The council had installed low concrete curbs on the inside of the pavement along the perimeters of all the properties, which follows the natural gradient of the pavement. It would be impossible to build a fence from standard panels as they would either have to be angled down the slope with the posts, or else the gravel boards would have to be cut into wedge shapes which again would not be correct.

Feather edge fencing on the other hand, can be constructed so that the top rails of the fence are level and the individual panels then step down the slope or as in this case, it runs with the gradient, whilst the posts and feathers follow the normal vertical position. This allows the fence to run around the property through two different gradients and always remain vertically positioned on whole gravel boards.

This project also shows the ease at which you can change heights within individual sections to link two areas with different security requirements. The side of the property is six feet, six inches high to deter potential intruders and to provide a visual screen to the garden, but at the front of the property only a four foot high fence is required, so there is a clear view from the front of the house. Because feather edge fencing is constructed on site, it is a simple process to change heights within one panel. You simply cut the feathers to the required angle once they have been attached to the arris rails and then fit the capping and counter rail to the top of the feathers to link the two sections.